4CJ were very proud to share their work with 2DP today. It's lovely to see them having the chance to reflect on their work.
Year 4 have been working hard to design, create and use some printing blocks. They have been completing these ready to make their own head dresses to wear. The patterns look fantastic and we can't wait to get sewing!

We became newspaper reporters this week and to gather our information we interviewed Howard Carter. Howard Carter discovered the amazing tomb of Tutankhamun. Have a look below to see Howard in action. 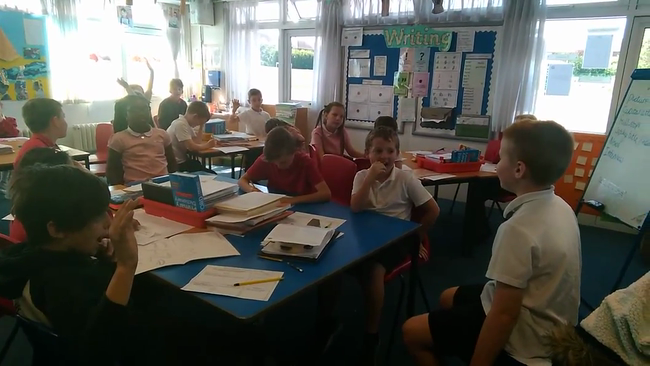 The children have learned about the different gods of Ancient Egypt and what their roles were. We played a game to learn about different gods and then wrote a social media profile on a chosen god.

The pharaoh had been in touch with 4CJ slung for help. He needs to stay prepping for the afterlife by creating his sarcophagus and pyramid. He asked the children to help and they certainly did a good job. They designed some persuasive adverts to try and encourage the pharaohs to choose their design. They wrote about their experience after.

The children have enjoyed learning about the Egyptian Cinderella. We have been imagining what it would be like to be Rhodopis and how she would feel being kidnapped from her home in Greece. At the end of the story, the Pharaoh asks Rhodopis to be his queen. This resulted in a debate about whether she should be or not. Look at the balanced arguments below to see if you can make your mind up. You can also see some of the other writing work completed by the children.

Year have really understood the need to try food when learning about different cultures. We think it may be their favourite thing to do!

Instead of onions in milk, we chose to try some Egyptian fatirs. These are a type of pancake.

The children have really enjoyed learning about mummification. They have become experts and so decided to mummify some tomatoes to see what happened. We will update you in a few weeks!

The children seem to be really enjoying being Egyptologists so far. They have been looking at different artefacts to see if they could find out more about what the different people were like during Ancient Egyptian times. They looked at some real objects as well as some replicas before guessing what they would have been used for.

We were very lucky to have our own historian visit the children today. We started our day by learning all about Ancient Egypt history before playing a game which would have been played thousands of years ago in Egypt. We spent the afternoon re-enacting a mummification. It was very gruesome but very funny! We ended the day with chariot racing, though there was one catch... we had no chariots!

Well done to all the children who got stuck in with all the activities.