THE VIKINGS ARE COMING!

Welcome back everyone. Hope you all had a lovely half-term break. The children have come back all refreshed and ready to go.

During this half term, Year 6 will be learning about the period of history when The Vikings were feared across the globe.

The text we will be focussing our writing on for the term will be Beowulf, a tale of bravery, beasts, dragons and fearless warriors.

We hope you will enjoy coming back to this page and looking at what we will be getting up to and enjoy reading our writing.

As always, please encourage and listen to your child read as regularly as possible, along with helping them learn their times tables. Year 6 are closing in on their SATs exams and knowing their times tables is a vital tool that can help them with arithmetic calculations.

Reading books and the yellow reading record books, along with green spelling books and red times tables books need to be in school on Wednesday ready for checking and updating during Thursday morning.

During our creative day, we spent a lot of time creating some fabulous artwork for inside and outside of our classroom. We created 2 large Beowulf characters, one battling with an evil looking Grendel and a map of where the story is based on.

We also made our own Viking shields and semi self portraits, half photo and half what we could have looked like if we were Vikings.

As a joint piece of work, every one of us contributed towards a large Viking portrait for our door. The image was split into squares and we each coloured our own square however we liked.

Below are some images of our creative day.

After Mr Robins read the opening of Beowulf to us, we thought about the sounds that would have been heard in the Great Hall of Heorot, the celebratory building built for King Hrothgar.

We then created a soundscape for an evening of celebrating, feasting and music.

Below is our short video clip. 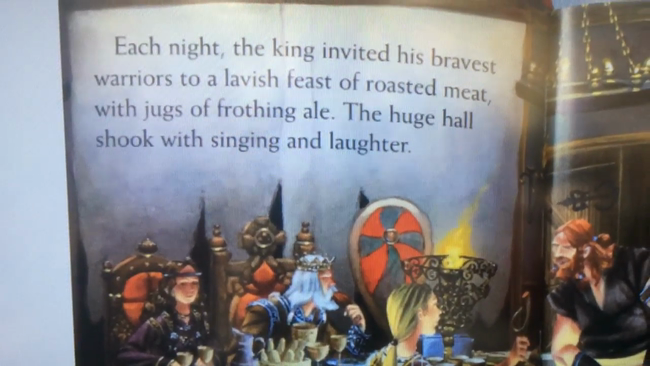 The Great Hall of Heorot - For Sale!

After completing our soundscape, this helped us focus our minds on what the Great Hall could have been like. We decided it would be good to sell the Great Hall to give us the opportunity to show off our descriptive writing in a different way.

Using images from the internet, we decided what the best features were and tried to think of powerful adjectives to describe each one.

We then realised if we were going to be successful in the sale of the property, we'd best use persuasive language to entice the reader to buy it.

Below are examples of our sale adverts.

Since we have returned from our holiday, we have been focussing on properties of shapes, including 2D and 3D. Below are some images of a really fu activity where Mr Robins allowed us to discuss a set of different 3D shapes without telling us anything. Some of us sorted them based on their amount of faces, their shapes and some of us sorted them into colours. After a while, Mr Robins taught us about certain properties so we then tried to figure them all out. This was quite confusing so we used blu-tack to help us.

We also looked at lines of symmetry in 2D shapes. We were given a lot of shapes to estimate how many we thought they may have and were then asked to cut them out and see if we could fold them exactly in half. We then looked to see if we could fold them any other ways and we then able to identify how many lines of symmetry each shape had.
Becoming Grendel - A Diary Entry

We read some more of the story and decided Grednel wasn't a very kind character. In fact, we decided he was a monster! But then Mr Robins asked us to imagine if we were Grendel and think about why he went to the Great Hall that night. This changed our opinions of him and we began to feel a bit of sympathy towards him.

In pairs, we created an eight part plan for a diary entry and then read them to each other, using expression to show how we would have felt at each part of the night. Mr Robins was extremely impressed with some of the language we used.

Continuing our work on shapes and angles, we discussed what we already knew about circles and then discovered some new properties. We drew around different sizes of circles, learnt how to find the centre point and labelled the diameter, radius and circumference, before measuring them as accurately as possible.

Mr Robins put us into groups and gave us the challenge of coming up with a television news report about the events at the Great Hall. We discussed what roles would be needed, decided who would be best suited to each role and then set to work creating a script. We supported each other rather than just focus on our own lines.

After a while, we then set about rehearsing our reports.

During our writing lesson on Tuesday morning, we then took turns to perform our reports whilst everyone else listened and then fed back what we did really well. Below are our news reports. We think we could all become TV stars very quickly. 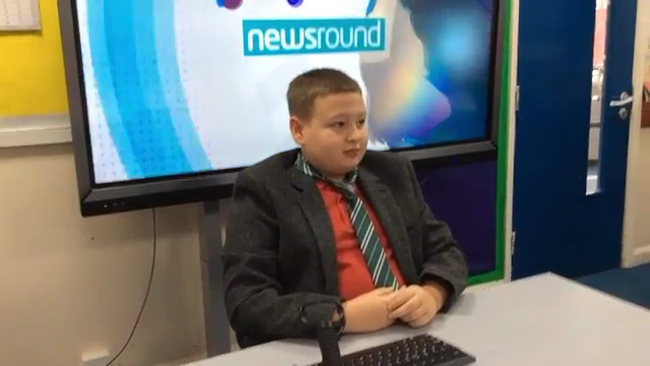 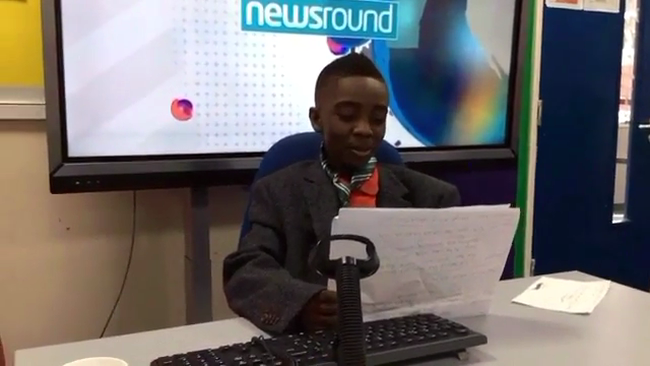 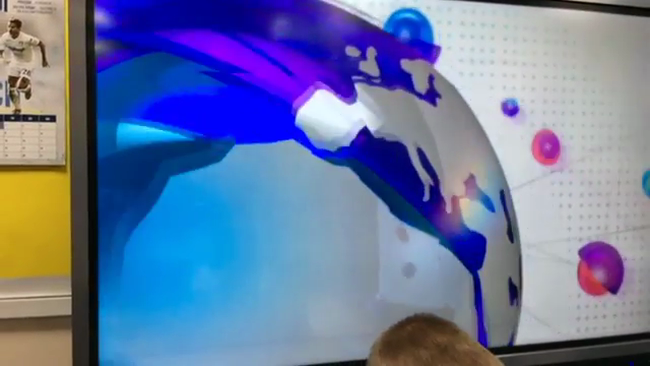 Following on from our amazing news reports (which went down a storm in school with some of the other teachers), we used all the information and language from them to plan a newspaper report. We had to change some of the sentences so they fit into the style of a newspaper, but it was really helpful to have starred in the TV reports beforehand.

Below are examples of our completed newspapers that are now on display in our classroom.

Mr Robins read some more of the text to us and then asked us whether we thought Beowulf should actually face Grendel or whether he should stay away. Some of us thought yes, some of us no and some of us couldn't decide as we had reasons for both side. To help us decide, we set up a conscience alley in class and Mr Robins walked along whilst we gave our reasons for and against.

Carina then volunteered to be Beowulf and she walked through the alley whilst listening to all the reasons, before giving her decision at the end.

Following this, we completed plans for a balanced argument, using the reasons we had heard to choose two for each argument.