This half term we will be looking at  the Anglo – Saxons and the Vikings. We will be carrying out a range of activites to find out all about:

We will be lucky enough to make some Anglo – Saxon food, make our own Viking village, build and collage our own shield and hopefully reenact a Viking battle! Keep checking our page for our fantastic work!

During this half term, year 5 will be having a chance to make Anglo – Saxon soup as part of our DT topic. First of all we had to research and try out some of the ingredients that would have been eaten back then. Our first task was to identify the food they would have and separate it from more modern food. We then discussed the dangers of some of the food. Did you know that the children used to have to drink beer because the water was so dirty?

The children then tried onions, barley, parsnips, oats and cabbage. They enjoyed tasting the food and chose some ingredients that they were going to put in their own soup! Caution: if you are going to do this at home, make sure you have some air freshener as the onions are VERY smelly!

The children were using atlases to work out where the Anglo Saxons invaded. They first looked at the Seven Kingdoms and labelled these on the map. We talked about how the names of places have changed over time and why this may be. The children then went back to the same map and labelled some of the key cities that were found in the Anglo - Saxon times.

The children then completed some more map work about where the Vikings invaded from and where they settled. We looked at why they might have settled there, what might have been appealing for the Vikings and how they changed the surrounding areas. The children could clearly identify that the Vikings came from Scandinavia.

This half term our chosen book is, How to train you dragon by Cressida Crowell. It is an excellent book that the children are finding very interesting to read. So far we have met some of the peculiar characters and been able to use the book to produce some fantastic writing!

The children have been on a trip to the Isle of Berk where the characters live and have written some amazing setting descriptions.

They have then used the different dragons in the book to design their own and write a character description (I would be very scared if I met some of those dragons!). The children are using amazing language and they are a pleasure to read!

The children were asked to write some instructions on how to train a dragon to different things such as; flying, gymnastics, saving people and generally being nice to others! Before we could do this we had to get into the role of the dragons and trainers. The children acted out some brilliant scenarios and were able to then write fantastic instructions! 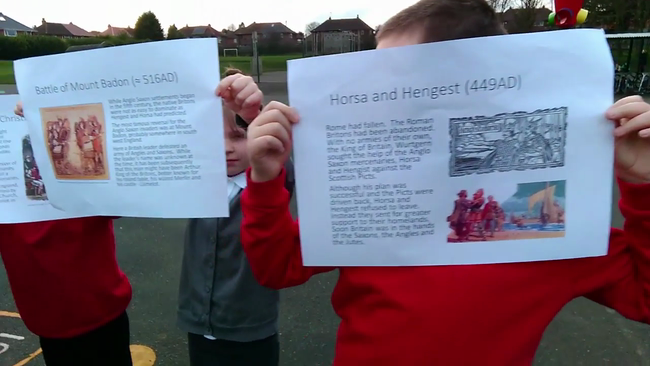 The children have been completing lots of different pieces of writing! We have written a diary about what life was like trying to catch a dragon, meeting the scariest dragon on Berk and an argument about whether Hiccup should be exiled from the Isle Of Berk. The children have loved reading this book. Take a look at some of the amazing work we have produced!

On Monday 28th January, 5LB invited our lovely parents and carers into class so that they could enjoy the first part of our Viking Day. The children were baking bread, making clay jewellery, designing a Viking God and preparing for a Viking battle. The parents and carers came in to help us bake our bread! It didn’t taste very nice, but we enjoyed making it and had lots of fun! The children also made some beautiful jewellery and decorated it with the Viking alphabet and other traditional decoration.

The children are learning how to work scientifically this half term. We completed an experiment to work out which materials would let the least amount of water pass through. The children had to complete a fair test to investigate this. The children had different materials such as; tissue paper, tin foil and sugar paper. They then poured water onto the materials and tested which material let the water through to the sugar cube.

We looked at all the different jobs that would have happened in these times. The children looked in great detail about what jobs the men and women would have. The children then acted out these jobs in a game of charades and everyone on the table had to guess what the jobs were. The children were butchers, clothes makers, bakers, farmers and builders. 5LB then wrote some fantastic job adverts as the Anglo – Saxon and Vikings were running low on people to do these jobs! 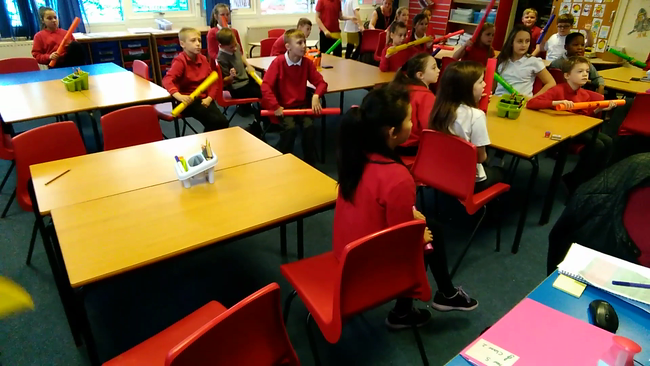 In music, Clapgate have invested in some amazing instruments (boom whackers). We have been learning how to play the boom whackers and have made some amazing music! The children are aiming to create their own musical composition with the Boom whackers. Take a look at some of the songs we have been playing. Do you recognise any of them?

The children continue their topic of working scientifically in science by looking at the PH of different household products. We discussed as a class what an acid and alkaline was and how we come across these things every day. The children identified these and discussed which they had at their house. We talked about how we need to be safe when completing this experiment and the children were very sensible! We knew we had to complete a fair test so as a class discussed how we could do this. The children then used cabbage water as the PH indicator and began to test some products. We looked at washing up liquid, vinegar, lemonade, bicarbonate of soda and salt water. The children loved watching the water changed colour and then they could identify whether the acid or alkali.