This half term Nursery have been learning all about the season of Autumn. They have been looking at the changes they can see occurring all around them in their local environment and finding out why they happen.

The children went outside to collect some leaves and were challenged to find leaves that were green, yellow, orange, red and brown. They explored how they were all different shapes and sizes and investigated how they could sort them into different groups according to their properties.

The children were also fascinated by the conkers, pine cones, acorns and sycamore seeds that were on the Autumn interest table and thought about which animals might like to collect the acorns and why.

We have been playing with the witch's potion this week and thinking about the texture and consistency of her brew!

Rocket Experiment
We have been looking at what happens when an alka-seltzer tablet mixes with water. We saw and listened to how it fizzed. We then put one a tablet and water in a lidded container and watched what happened. We were amazed when it shot up in the air! We then watched two of them at the same time and predicted which one would go first. Finally we put a tablet in one container but not the other one. We talked about what might happen and we believed that the one without a tablet would not do anything. We waited to see and were correct!

The rocket in action 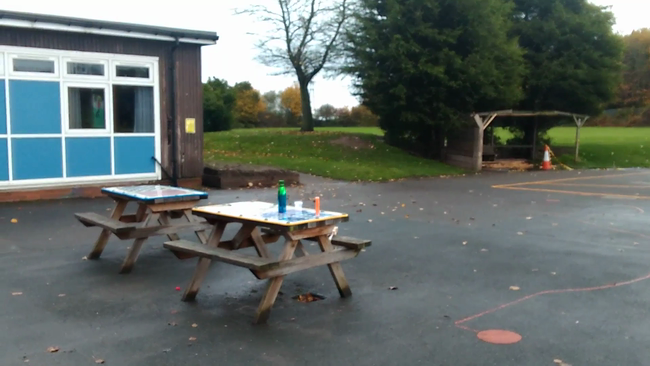 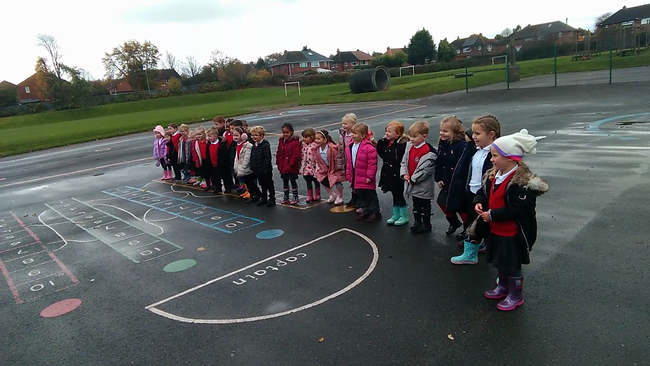 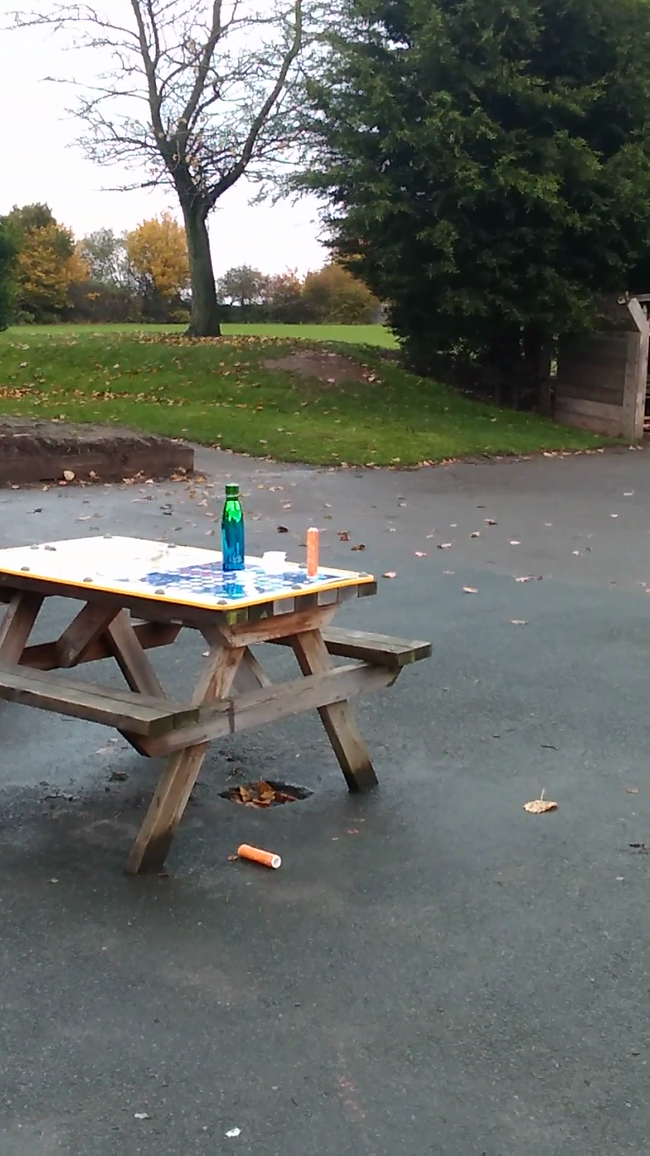 We have been digging our raised bed and then planting broad bean seeds. In the Reception outdoor area we have also planted some wild flower seeds to help encourage different creatures.

We have been exploring ice in Reception. The children felt the ice and tried to describe it. We then discussed how ice is made and that it is made of water. We introduced the words liquid and solid. As a whole class we watched what happened when water was poured on the ice. We then left the ice in a tray in the classroom over night to see what would happen. We predicted it would melt and we were correct!