Following our coaching from Michael Nuttal at RLFC, 17 of our Year 4 and Year 5 Rugby Team attended a tournament at John Charles Stadium. Both the teams played two games as well as participating in a cross bar challenge. The children used their skills Michael has taught them in their training session, thinking about passing backwards with technique and their defensive line. The children enjoyed the cross bar challenge with two children managing to hit it on their first attempt so they were awarded a signed rugby ball!

On Tuesday 1st October, 14 members of the Y5/6 Football team visited The Etihad to watch Man City vs Dinamo Zagreb in The Champions League! This was a fantastic trip with children getting to see the likes of Aguero, Sterling and David Silva! We had amazing seats and the children really soaked up the atmosphere. Thank you to Manchester City and well done to the team for securing a 2-0 win!

On Wednesday 25th- Friday 27th September, we had a British Judo coach in to teach all classes in school some basic Judo. The children got to learn about the disciplines involved in the sport as well as try out some different holds and moves! Thank you very much to British Judo and Active Leeds for helping us to have these sessions!

Year 2 were very excited to take part in their judo session.

Nursery were very excited to participate in their very first Sports Day event! The children were organised into colour teams and took part in a relay challenge. They all had a practice race before competing for a medal or a sticker. The children all had lots of fun moving and traveling in different ways with a range of equipment. The relay race involved stepping into a hoop and pulling it over their heads, walking across a balancing beam, walking with a quoit on their head before throwing it into a bucket and then running to a cone, around it and then all the way back to their team! They were all fantastic. Well done Nursery!

On Monday 8th July, KS1 and KS2 had their Sports Day. This included the children being split up into teams and competing against these teams to score the most points. Children participated in an activity circuit first which involved a variety of activities such as javelin, long jump, hurdles, football dribble, speed bounce and many more.

The points from both the activity circuit and the races were accumulated together to find an overall 1st, 2nd and 3rd place.

To celebrate National Sports Week on Monday 24th-Friday 28th July, we are having our own Sport and Health week. Children will participate in a variety of activities every afternoon across the week. This includes

This is all to promote and celebrate the many benefits of sport and exercise can bring! See below for our pictures from the week!

2DP had a brilliant time learning some football skills with Mr Khalid! 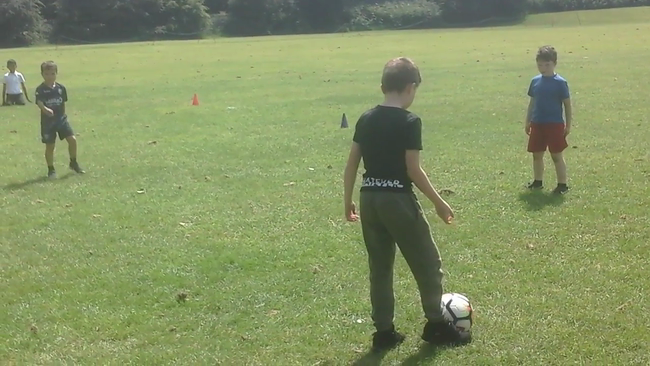 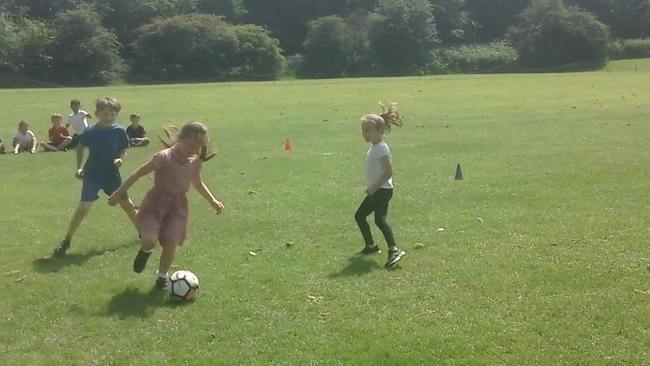 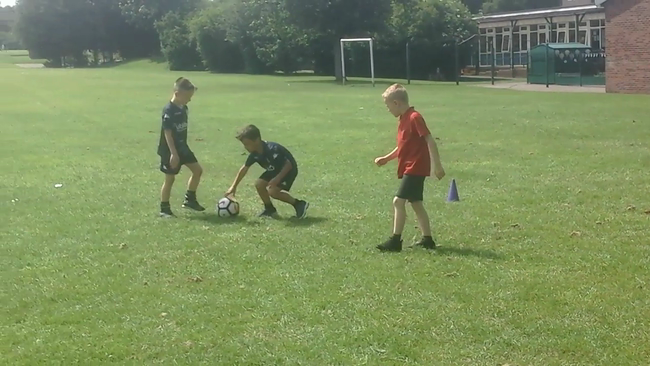 2DP had a fantastic time learning some martial arts with Cory!

4CJ really enjoyed boxing and they (and I) were exhausted after! Lots of the children asked about joining up. We practised different combinations and footwork. 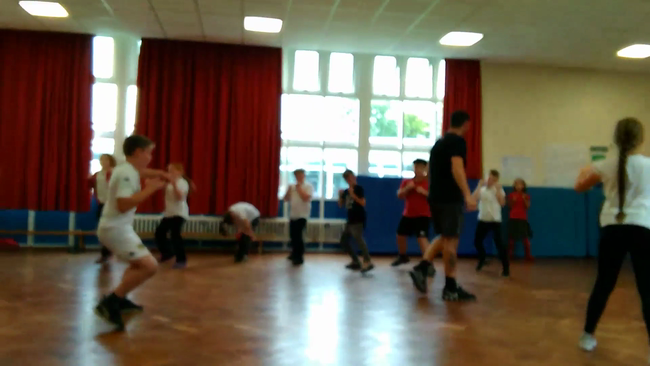 In Reception the children have learnt some new skills. They warmed their bodies up by playing Head, Shoulders, Knees, Cone and then practised their jumping skills. They had to jump and lift their knees up high so that they could jump over a hurdle.

Year 2 learned softball skills from Miss Fenwick.  We had a go at hitting the ball and fielding using the glove.  It was great fun!

On Thursday 20th June, thanks to Leeds City Council, we hosted a Play Street for Clean Air Day. Clean Air Day raises awareness of how air pollution is having an impact on our health which will enable people to act on making UK cities cleaner, healthier and greener for us all, especially children.

Years 3-6 came out and participated in different games including benchball, relay races, kerby and rob the nest. This was all able to take place thanks to the Play Street road closure of Cranmore Drive. The children had a fantastic time being able to play safely out in the street, be active and breathe in cleaner air!

Throughout the month of May, Clapgate have been participating in the Marathon in May challenge. By taking part in the daily mile, children and staff have been able to clock up and log a number of miles to try reach the 26.2 mile goal. Scores are being logged in classes and we even had a special Fun Run Daily Mile day on Friday 17th May. This involved pupils and staff running an extended daily mile course with added obstacles such as hurdles, agility ladders and hoops. Children have been sponsored for taking part in the event to help raise funds for the Jane Tomlinson Appeal which helps raise funds for poorly children and adults.

Thank you to all those who have supported us within this! The class who runs the most miles in May will be awarded a prize!

On Wednesday 27th March, the Olympic swimmer Joe Roebuck visited Clapgate! This was a fantastic day which involved all children attending an assembly with Joe who told us how he remained determined and driven to achieve huge success including representing Great Britain in the London 2012 Olympics, 10 time British Champion, European Champion in 2010 and 2011 and double Commonwealth Silver medallist in 2010.

The children also participated in a fitness circuit with Joe which involved star jumps, mountain climbers, spotty dogs and more! Joe also ran a growth mindset workshop and Q&A with each year group too.

To celebrate Joe Roebuck attending Clapgate, the children gained sponsorship money which will help our Great British athletes with their training and the resources they can access. It is amazing to think that the children of Clapgate we help a GB athlete get to the Tokyo 2020 Olympics!

Please see below for pictures of our brilliant day! 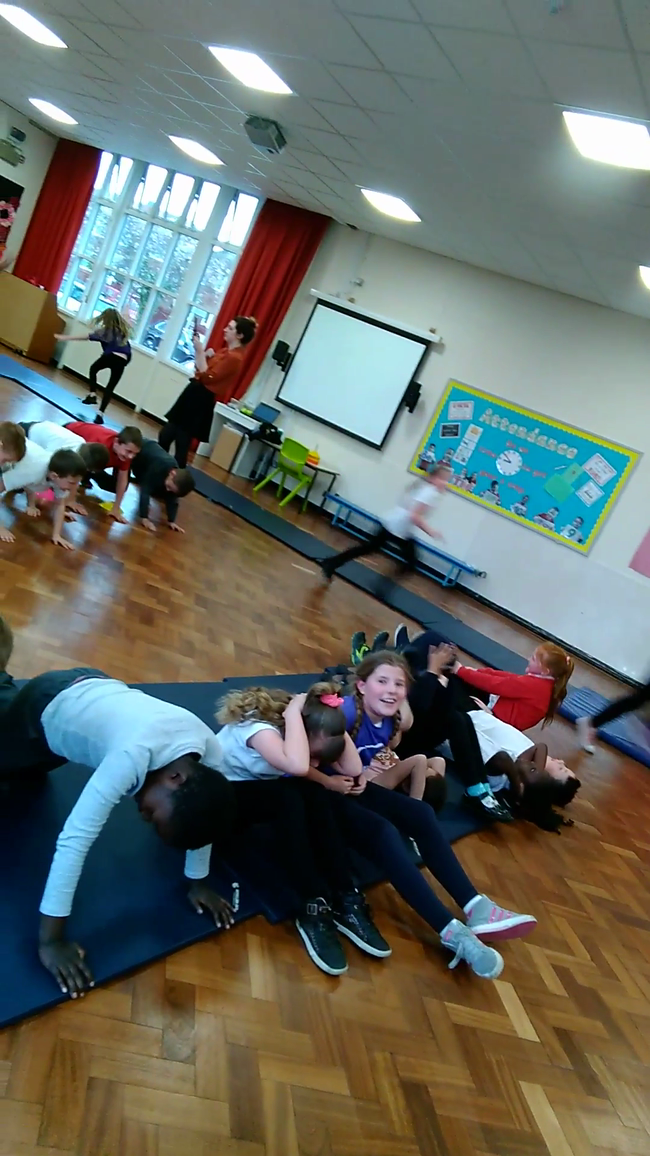 Members of the school football team enjoyed a trip to Manchester City to the Etihad Stadium. They watched the Champions League match between Manchester City V Hoffenheim, which finished 2-1 to City. They also got to meet X Factor star Danny Tetley before the game.

Rainy weather didn't stop 4EB on Tuesday! We did a HIIT workout in class and then cooled down with some yoga.