During a writing lesson we had to get into the role of 3 characters from the story Beowulf (Grendel, King Hrothgar and a warrior). We then took it in turns to role play each of these characters as well as a news reporter. In the story Grendel (a hideous monster) attacks a castle full of innocent warriors. We asked the characters many questions which will form quotes for our very own newspaper articles.

An interview with a warrior 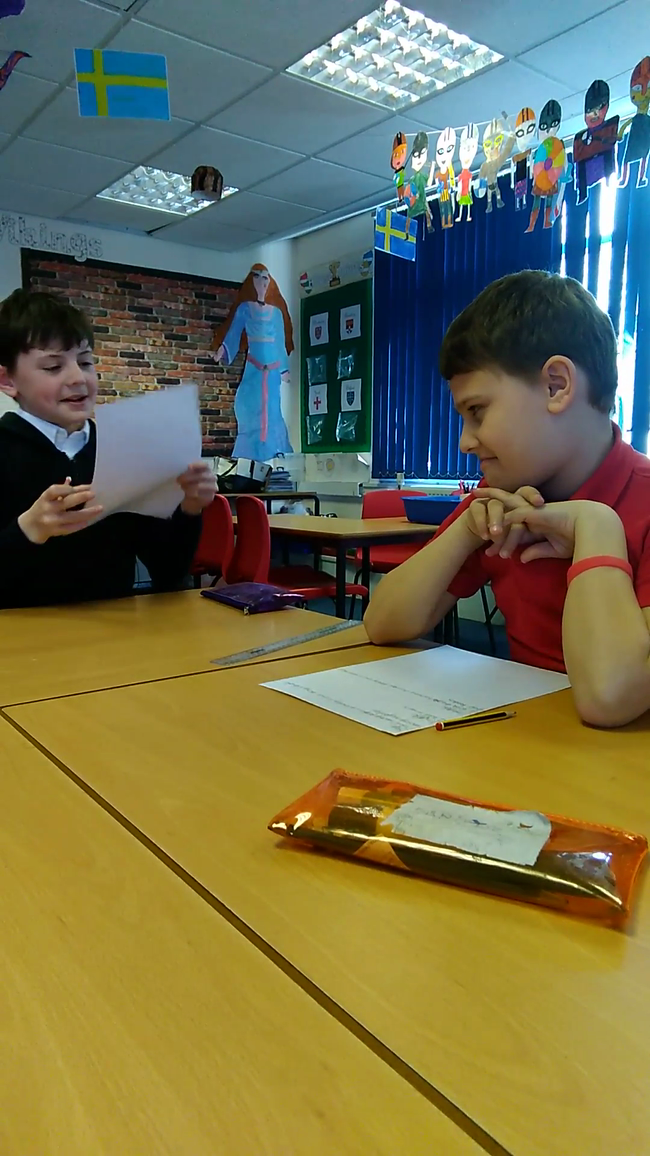 Photos of our newspaper articles

After we conducted interviews with the people involved at King Hrothgar's castle, we used the quotes to write a newspaper article about the carnage Grendel had created during a party in the mead hall. Speaking to each of the characters meant we had lots of information and we could write a detailed newspaper article.